This article was originally published in April 2016 on RT.com 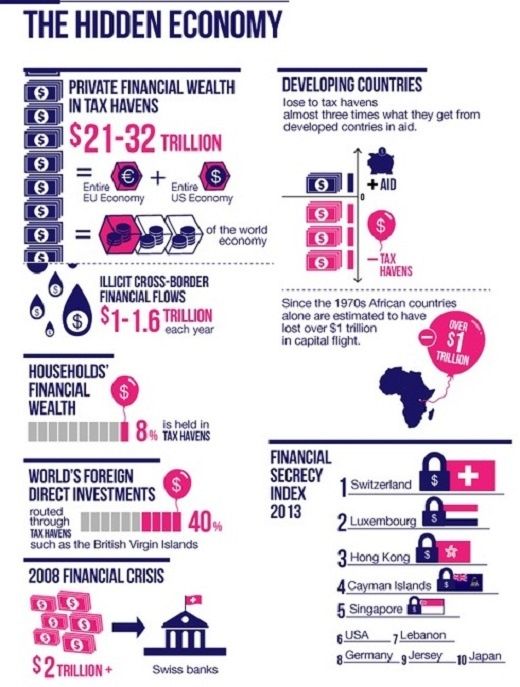 The British government’s claim to be tackling tax avoidance is about as credible as Al Capone claiming to be leading the fight against organized crime. In fact, Britain is at the heart of the global tax haven network, and continues to lead the fight against its regulation.

The 11 and a half million leaked documents from Panamanian law firm Mossack Fonseca have proven, once again, what we have already known for some time – that the ‘offshore world’ of tax havens is a den of money laundering and tax evasion right at the heart of the global financial system.

Despite attempts by Western media to twist the revelations into a story about the ‘corruption’ of official enemies – North Korea, Syria, China and, of course, Putin, who is not even mentioned in the documents – the real story is the British government’s assiduous cultivation of the offshore world. For whilst corruption exists in every country, what enables that corruption to flourish and become institutionalized is the network of secretive financial regimes that allow the world’s biggest criminals and fraudsters to escape taxation, regulation and oversight of their activities. And this network is a conscious creation of the British state.

You wouldn’t know this, of course, listening to the words of the British Prime Minister, who always casts himself on the side of the angels. In 2013, David Cameron hosted a G8 Summit claiming that he would lead a push for an end to the use of tax havens as a means for what he called “shady secretive companies” to hide their cash and activities. In the event, nothing of any substance was agreed, largely due to Cameron’s failure to conduct the necessary behind-the-scenes lobbying: the posturing, it seems, was designed solely for public consumption.

Even today, in response to the Panama Papers, Number Ten continue to claim that Cameron put tax evasion “front and centre” of Britain’s G8 presidency and is now “ahead of the pack” on tax transparency.” Keen to hype up what will no doubt be another round of empty rhetoric and BRICS-bashing, Foreign Secretary Philip Hammond has also chimed in: “We’ve got an anti-corruption summit here in May. This is a key agenda for the Prime Minister”.

What the Panama Papers demonstrate, however, is that the real, and hidden, key agenda for the British government is maintaining the offshore netherworld’s role as a conduit through which global funds, largely plundered from the global South, can escape democratic control to enter the City of London’s private banks.