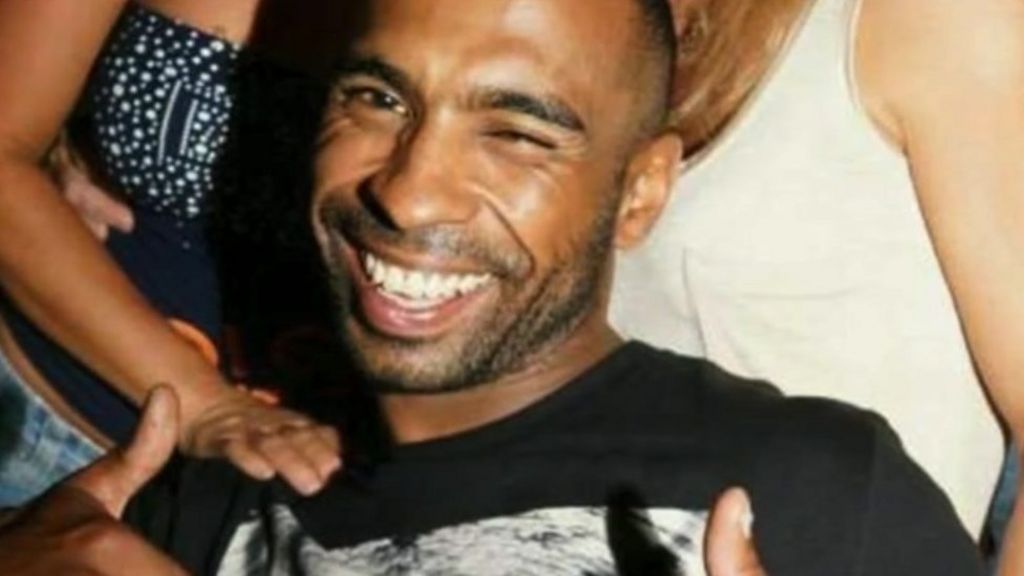 Darren Cumberbatch was fit and healthy at 32-years-old when he left his family home on the evening of Sunday 9th July to return to the bail hostel where he was staying in Nuneaton. For reasons which remain unclear, however, police arrived at the hostel later that night, during which time, say the police, Darren ‘became unwell’ in their presence. This is putting it mildly. By the time they dropped him off at hospital later that night, he was covered in bruises and burns, later telling a friend he had been tasered nine times. Ten days later he died from his injuries. He was the third young black man to die in UK police custody or ‘following police contact’ in as many weeks.

A justice campaign has been established by Darren’s friends and family to pressure the authorities to reveal what happened and to hold those responsible to account. Their first public meeting was held on Wednesday 27th July, which was attended by around 500 people. The meeting led to calls from the community for the immediate suspension of the officers involved, and for an immediate suspension of the use of tasers, which are thought to have played a role in Darren’s death. Dan Glazebrook interviews one of the campaign organizers, Desmond Jaddoo.

Well, what we know is this. After leaving the family home on the 9th of July, he returned to the hostel at some point. And we know overnight, either the late hours of 9th July or the early hours of the 10th July, the police were called to the hostel; for what reason, we’re unaware. Contact then took place with the police which ended up with Darren being arrested; but when he was placed in the back of a police van, instead of them taking him to custody, the police took him to the George Eliot hospital. They never told his sister Carla, who is his next of kin, that he was hospitalised until the Wednesday, which was the 12th of July. That day, the family went down there, and he had a lot of unexplained injuries: he was battered and bruised, he had burn marks on his feet, parts of his body were swollen, he had various cuts and abrasions that were all unexplained. Then on the 19th of July his injuries were insurmountable and his life support machine was switched off, so he sadly passed away. So what we know in a nutshell is that he was fit and healthy when he left the family home on the Sunday, and then between Sunday night and Monday morning he had sustained several injuries following police contact whereby he ended up in hospital. And that ultimately led to him losing his life.

Now, it’s our understanding that force was used when the police attended. It’s our understanding that a baton was used, that CS spray was used, and that a taser was used. And it’s our understanding as well that Darren told a friend – because he was still communicating then – that he was tasered up to nine times. Now that’s overly excessive because it’s known that people [are lucky to] survive being tasered three times or more. Now the important thing is this: this was what’s called a ‘serious injury event’. This means that Warwickshire police should have reported this to the Independent Police Complaints Commission (IPCC) on the 10th of July because clearly this man had been hospitalised with serious injuries. However, it was not reported to the IPCC until the 19th of July when he died. So that’s an inexcusable delay.

And what do we know about the IPCC investigation? Do we know, for example, is the IPCC treating Macintyre house [where the initial contact between Darren and the police took place] as a crime scene? Is it interviewing the police as suspects or as witnesses?

In previous cases like these, the police have gone to great lengths to cover up what they’ve done. For example Habs Ullah, who died on the 3rd of July 2008 just 90 minutes after being stopped by police officers, police statements were doctored at the behest of the Police Federation; in the case of Christopher Alder who died in police custody in 1998, crucial evidence like gas cylinders and police clothing was destroyed. Can a campaign like this one put pressure on the IPCC to make sure these kinds of things aren’t taking place right now?

Well, I will tell you this – we are holding the IPCC to account. And the idea today, that we’ve tried to show at our demonstrations, is that there’s strength in numbers: to send a clear message that this is a serious campaign; there is serious support for the family and that support can only grow. But importantly, what it signifies is that people want answers – and we want the truth.

The purpose of last week’s march was also to pay our respects to Darren where he fell, by lighting candles outside Macintyre house. But it also shows that we’re good people: it was a well behaved march and one of the things we have to show is that we are better than what we’re stereotyped to be. We don’t need no special treatment, and the most important thing, which I said outside the police station, was this – it is no longer open season on the black community. Because the special treatment sometimes that is dished out to the black community is just totally unacceptable. It’s ungodly as well.